The China made a new 3D printer DLP-100 for Jewelry

Technology changed our views about Future. A few decades ago those things which about we just talk, now become a reality. The impossibility of past has possible in present age. Man can fly like a bird now. As this development continued future will be completely changed. As the technology brought a rapid change in various walks of life like computer, mobile, Automobile, Transportation, communication, agriculture, domestic and business printing technique is also affected by it. Now we cannot think with out printing. Printers are used widely in every walk of life. But future of Printer and printing is changed. The revolution of 3D printer changed our views about press industry.

The first 3D printing attempts are granted to Dr Kodama for his development of a rapid prototyping technique in 1980. He was the first to describe a layer by layer approach for manufacturing, creating an ancestor for SLA: a photosensitive resin was polymerized by an UV light

In real terms, however, the origins of 3D printing can be traced back to 1986, when the first patent was issued for Stereo Lithography Apparatus (SLA). This patent belonged to one Charles (Chuck) Hull, who first invented his SLA machine in 1983

The China made a new 3D printer DLP-100 for Jewelry

DLP-100, developed by Ezcapes 3D Printing, is mainly used in Jewelry, clocks and watches, dental faculty or earphone and other industries. The process of the machine is using light to cure photopolymer resin into solid 3D objects and one layer at a time.
It is the highest cost-effective and the details of the highest precision of rapid molding machine in China. 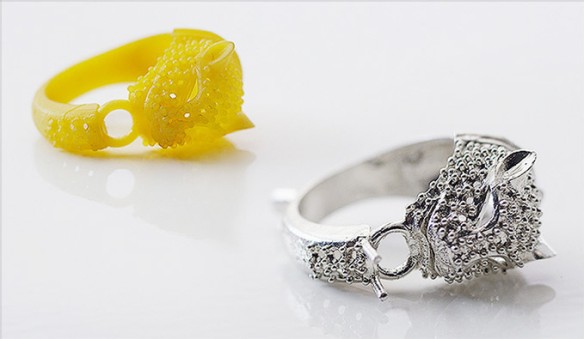 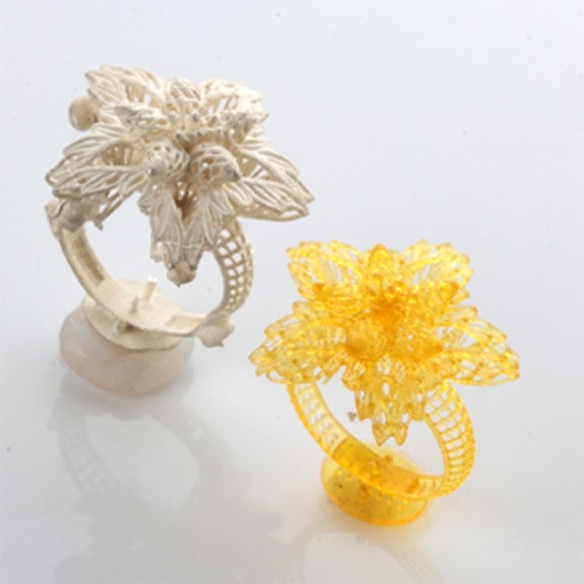 Main features
1. Special stripping mode, which can stop the sample from falling out.
2. High printing accuracy and smooth surface
3. The printed models can be polished and painted
4. Printed models can be used for Jewelry anti-mold
5. With most simple operation and most competitive price
Application of DLP Printer
Jewelry making, Dental industry, science education,
Development and design, toy-making, prototype production and DIY hobbies

2 thoughts on “Print your Jewelry with 3D Printer”